In the last two months, I’ve been experimenting with Google Daydream View and I created a few demo applications in Unity. Throughout my experiments, I stumbled upon the difficulty to create user interfaces in VR. In this blog post, I’ll describe how you can create UIs for your VR app build with the Google VR SDK for Unity.

In general, you can differentiate between two different kinds of user interfaces.

Non-diegetic UIs are typically used to display the player’s health or score. This kind of UI is often referred to as HUD (Heads Up Display). The UI sticks to the user’s view by following the head movement of the user.

Spatial UIs are user interfaces that are placed somewhere in the 3D environment of your scene. They stick to a certain position in the world so that the user has to move its head in order to see it.

Steps for creating a user interface

At this point, I assume that you have already setup a scene in Unity that contains all game objects required for Daydream. 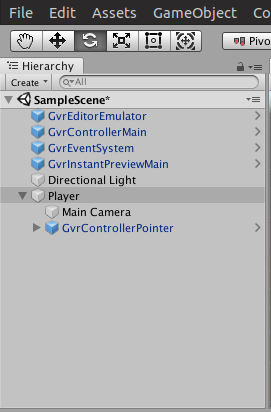 Now, to create a user interface follow these steps: